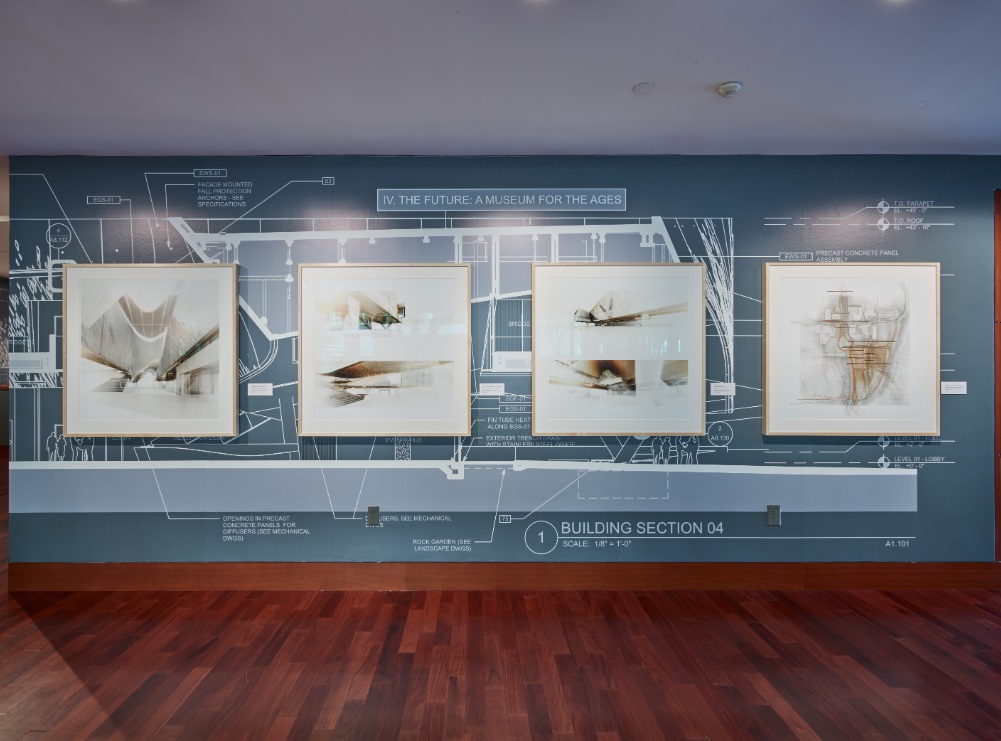 The Crow Museum of Asian Art of The University of Texas at Dallas presents Cast: Molding a New Museum for UT Dallas, an exhibition providing an exclusive first look at the Crow Museum’s second location designed by global architecture and design firm Morphosis. The new museum is currently being constructed on the institution’s campus during Phase 1 of the planned Edith and Peter O’Donnell Jr. Athenaeum. The 12-acre Athenaeum cultural district will house two art museums and a performance hall, serving as the gateway to the UT Dallas campus and a destination to foster engagement in the arts and learning. From Nov. 3, 2022-March 5, 2023, the exhibition will run at the founding site of the Crow Museum, located in the Dallas Arts District at 2010 Flora St.

Cast: Molding a New Museum for UT Dallas will feature 3D models of the new museum structure; renderings that show the design process; introductions of the designers, architects, planners and leadership behind the building; selections of works of art from the Crow Museum of Asian Art; along with works from the Stevens, Boeckman and Horchow collections that have been gifted to The University of Texas at Dallas. For the new museum, the collection focus will include Asia and the Americas representing the region’s history and future intercultural exchange with the diverse cultures of these continents.

The exhibition will also provide a behind-the-scenes look into the ideation and planning process for the Crow Museum, including significant writing and original design conceived by the late Dr. Richard C. Brettell, who initiated plans for the Athenaeum and was integrally involved in the selection of Morphosis.

Guests will see how a museum is made – from the daring ideas drafted by the late Dr. Richard Brettell to the creative drawings, models, and conversations that formed this new campus home of art, knowledge and connection. The future-forward architectural design thoughtfully represents the innovations of science, technology, engineering and math in which The University of Texas at Dallas has excelled for the past 50 years.

Featuring three 3D models of the planned campus, renderings and behind-the-scenes documentation of the architectural design and planning, Cast gives viewers an insider’s look into the meticulous process of building a new museum. Several art objects are also featured, drawn from the Crow Museum’s own collection as well as pieces from additional collections gifted to the University in anticipation of the opening of the Athenaeum.