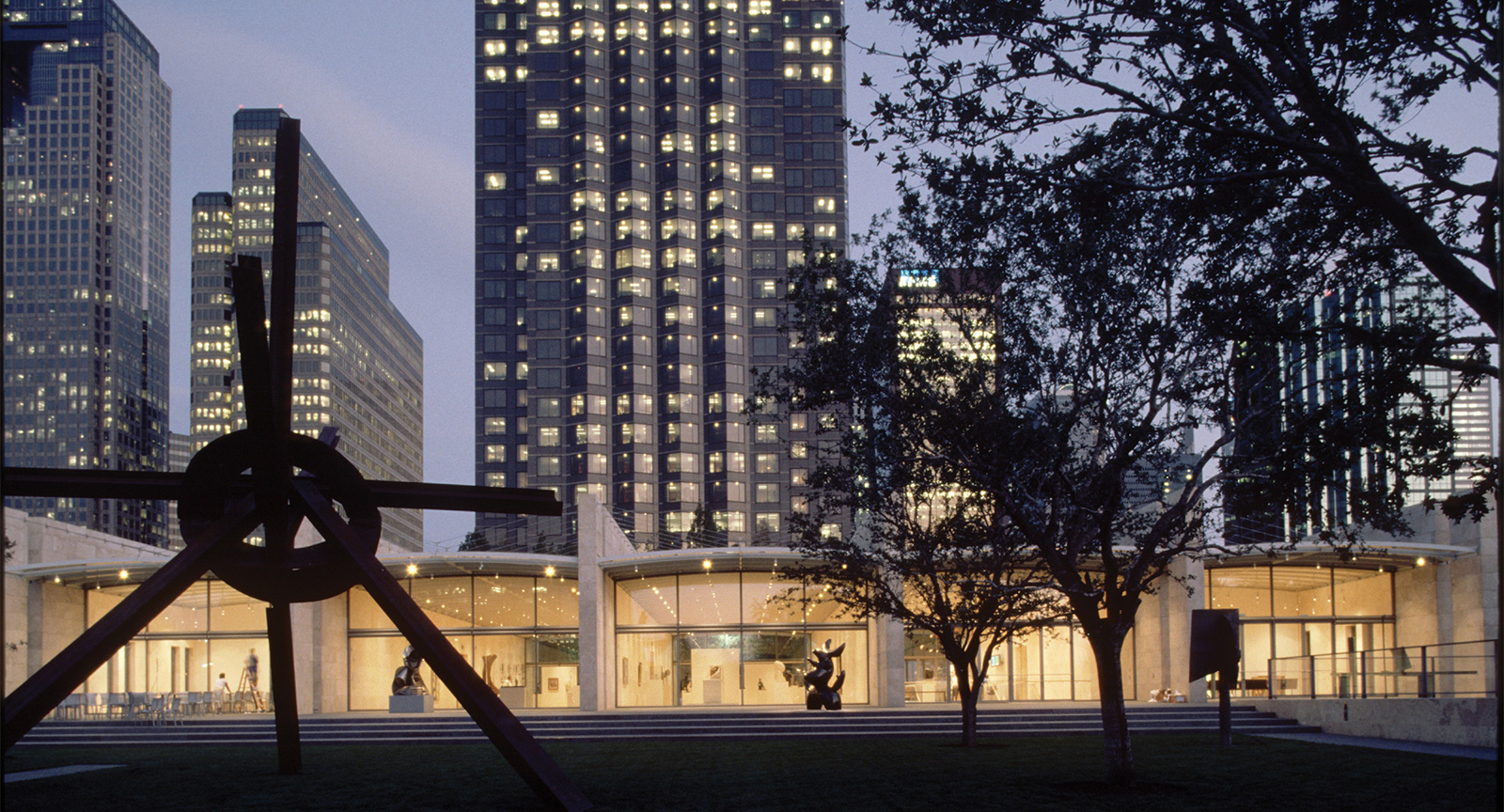 Nasher Mixtape offers a compilation of “tracks,” micro-exhibitions focused on the Nasher’s permanent collection installed throughout the museum.

Nasher Mixtape takes its title from a practice, born in the 1980s, of selecting a sequence of songs from different sources and recording them on a single audio cassette. Writer Nick Hornby compared making a mixtape to writing a letter: “[There’s] a lot of erasing and rethinking and starting again.” A labor of love and a versatile creative activity, the mixtape has survived into the digital era in many different forms.

Nasher Mixtape begins in the entrance bay with a grouping called “Into the Garden,” which invites visitors into the Nasher’s sculpture garden with works inspired by nature. “For Bill Jordan,” near the executive offices, honors a recent bequest from curator and scholar William B. Jordan. Entering the Nasher’s main galleries, “The Ends of Minimalism” examines the aims and legacy of Minimal art. The gallery beyond features sculptures, works on paper, and video in several distinct installations, including a recent gift from artist Melvin Edwards; art evoking the grace and resilience of the human body under duress; and a consideration of the Mediterranean as a force of inspiration. Downstairs, works from Raymond and Patsy Nasher’s first two decades of collecting offer a network of unexpected connections, and a group of posters by the Guerilla Girls address the persistent imbalances of race and gender in the art world.

Alongside favorites from the collection—Joan Miró, David Smith, Martin Puryear, and Nancy Grossman, among others—are a host of recent acquisitions as well as historical works making their debut here: nearly one third of the works on view inside the museum have never been shown at the Nasher, and others have not been exhibited for many years. The newest additions to the collection—by the likes of Judy Chicago, Melvin Edwards, Maren Hassinger, and Nicole Eisenman—take important strides in the ongoing work of diversifying the collection through the inclusion of more women and artists of color, as well as celebrating the endlessly inventive approaches artists take to sculpture. And in keeping with the tradition of presenting a mixtape of songs to a friend, Nasher Mixtape is dedicated to the ones we love—and to those we have lost during this unprecedented time, including the Nasher’s own Barbara Cavitt and Donald Fowler.

As Nasher Curator Catherine Craft, who organized the exhibition, notes: “By the time Nasher Mixtape concludes at summer’s end, we hope that it already seems like a time capsule for a difficult period that has begun to recede. Until then, we share with our visitors its moments of joy, respite, and reflection.”