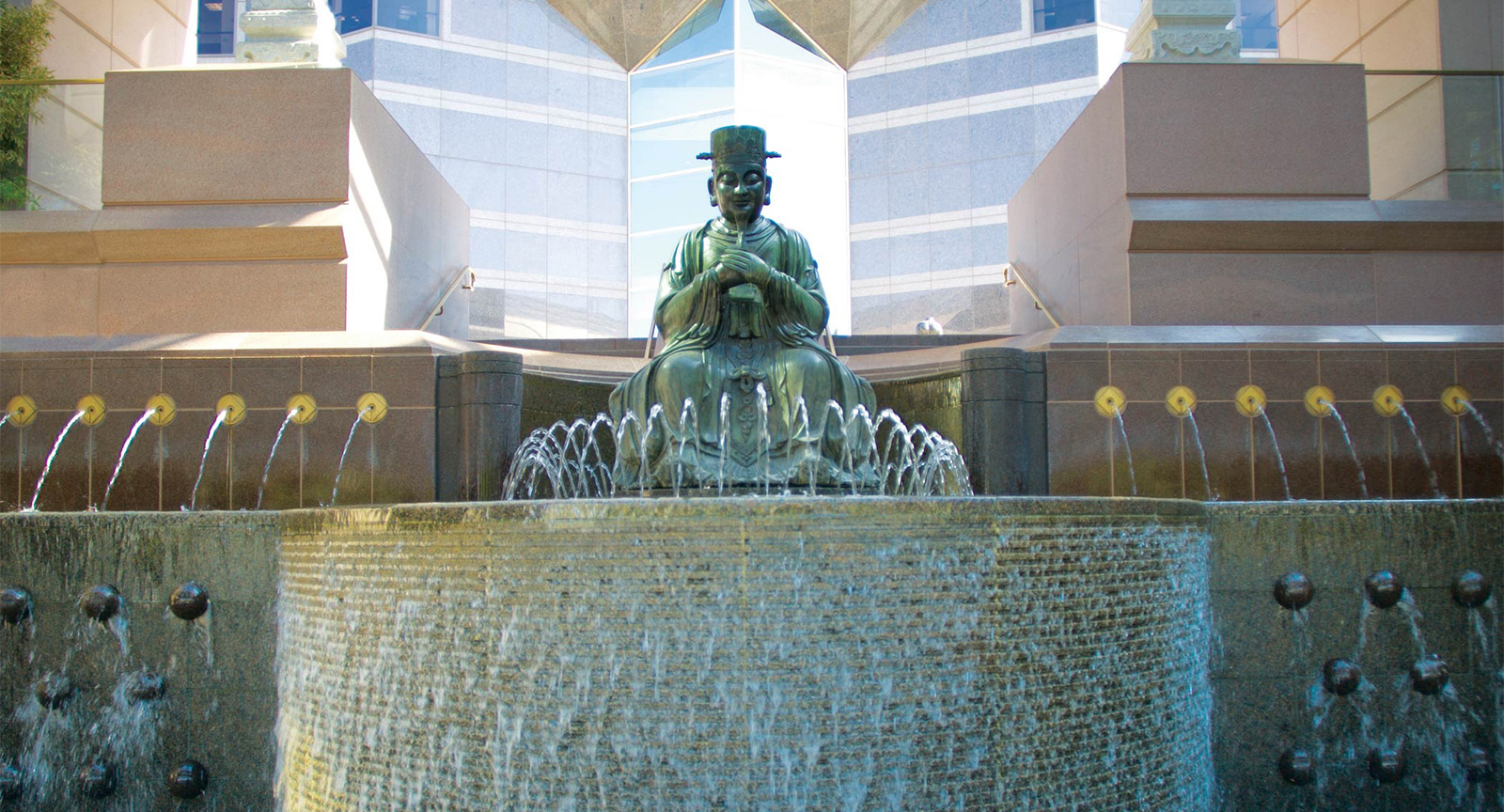 
Phoenix Rising: Xu Bing and the Art of Resilience

The exhibition highlights a celebrated work – Bronze Phoenix 2016 (Feng and Huang) – created by Xu Bing (b. 1955 Chongqing, China), an internationally acclaimed artist, academic and innovator whose award-winning works have been showcased in the world’s top museums and art biennales. In addition to Xu’s headlining work, Phoenix Rising includes five works from the Crow Museum’s Chinese jade collection that also celebrate the revered phoenix.

As leader of the universe in the cosmos of birds, the phoenix is kind, gentle and compassionate, representing unity, power and rebirth. As composite animals, they are known to have the face of a swallow, the head of a pheasant, the beak of a rooster, the legs of a crane, the back of a tortoise, and the unfurling tail of a peacock.

These mythical beasts in Xu’s larger-than-life sculpture represent an important story in Chinese folklore – a story that remains relevant and important today.

In addition to the Bronze Phoenix, the Crow Museum showcases several examples of works from the Crow Museum’s Chinese jade collection that pay tribute to the phoenix – a vase, sculpture, table screen and pendant, all from the Qing Dynasty. Within the contrast of time, materials and message, the strength of the beloved phoenix rising is present in each work, whether created in the 1800s or 200-plus years later in the 21st century.