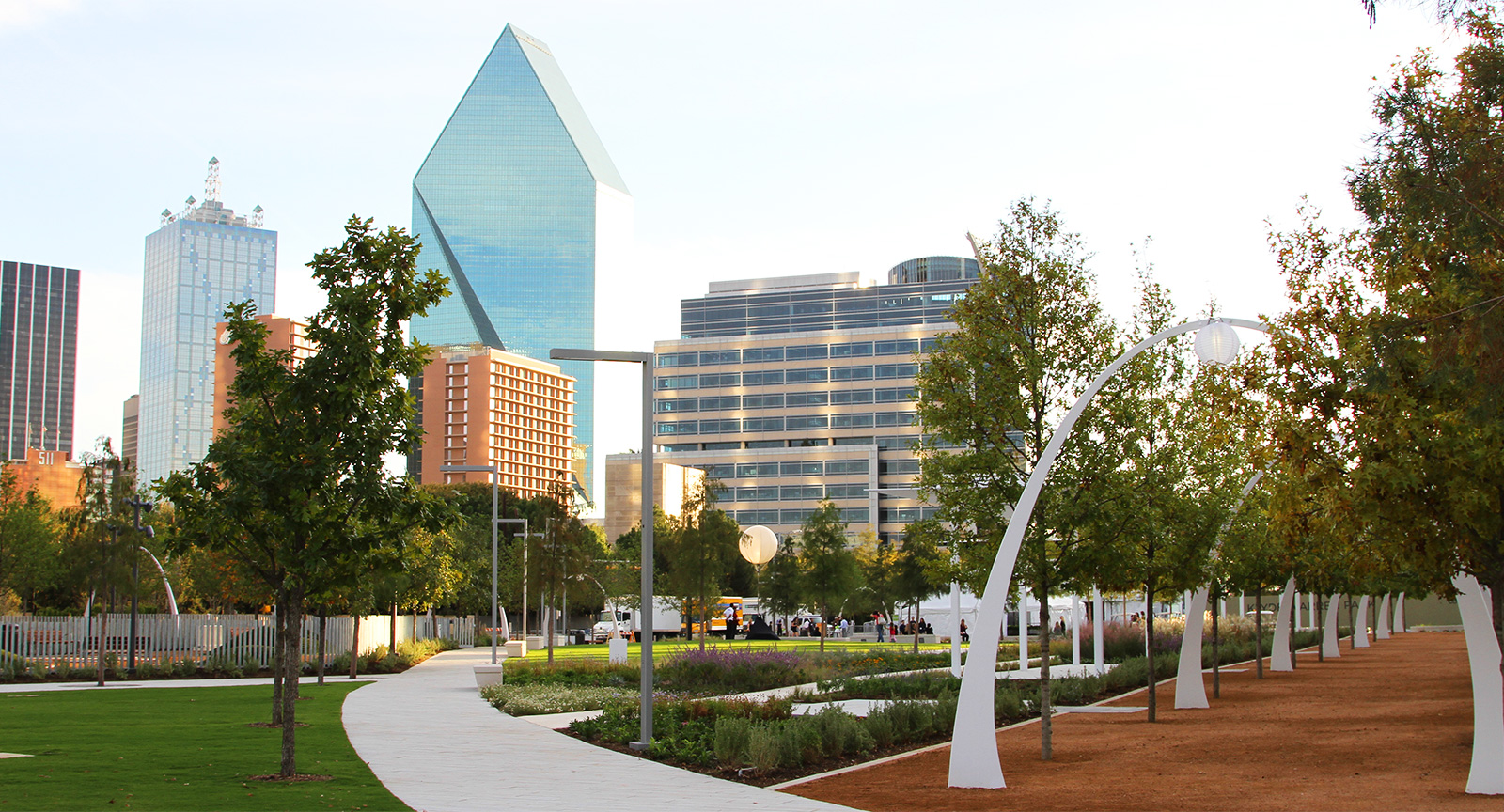 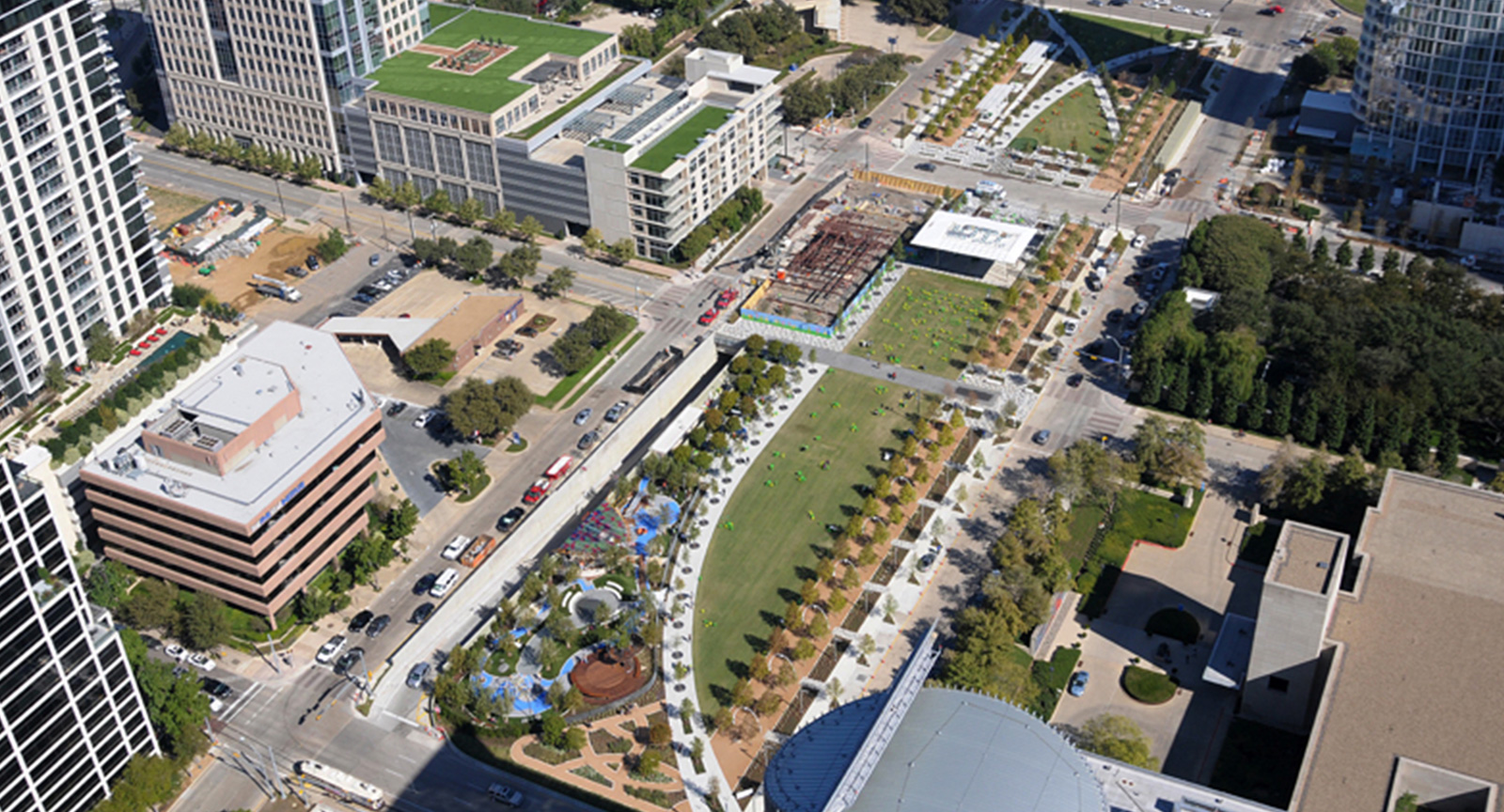 Klyde Warren Park serves as a central gathering space for Dallas and its visitors.

The 5.2-acre deck park and urban green space is built over the recessed Woodall Rodgers Freeway between Pearl and St. Paul streets in downtown Dallas. Klyde Warren Park is a highly active space, providing daily free programming for the public ranging from yoga to book signings to outdoor concerts and films. The park is privately operated and managed by the Woodall Rodgers Park Foundation.

Connectivity was an important consideration when Klyde Warren Park was built. Easily accessible by foot, trolley and bicycle from Uptown, Downtown and the Arts District, the park contributes to a more walkable city center.

Where can I find: